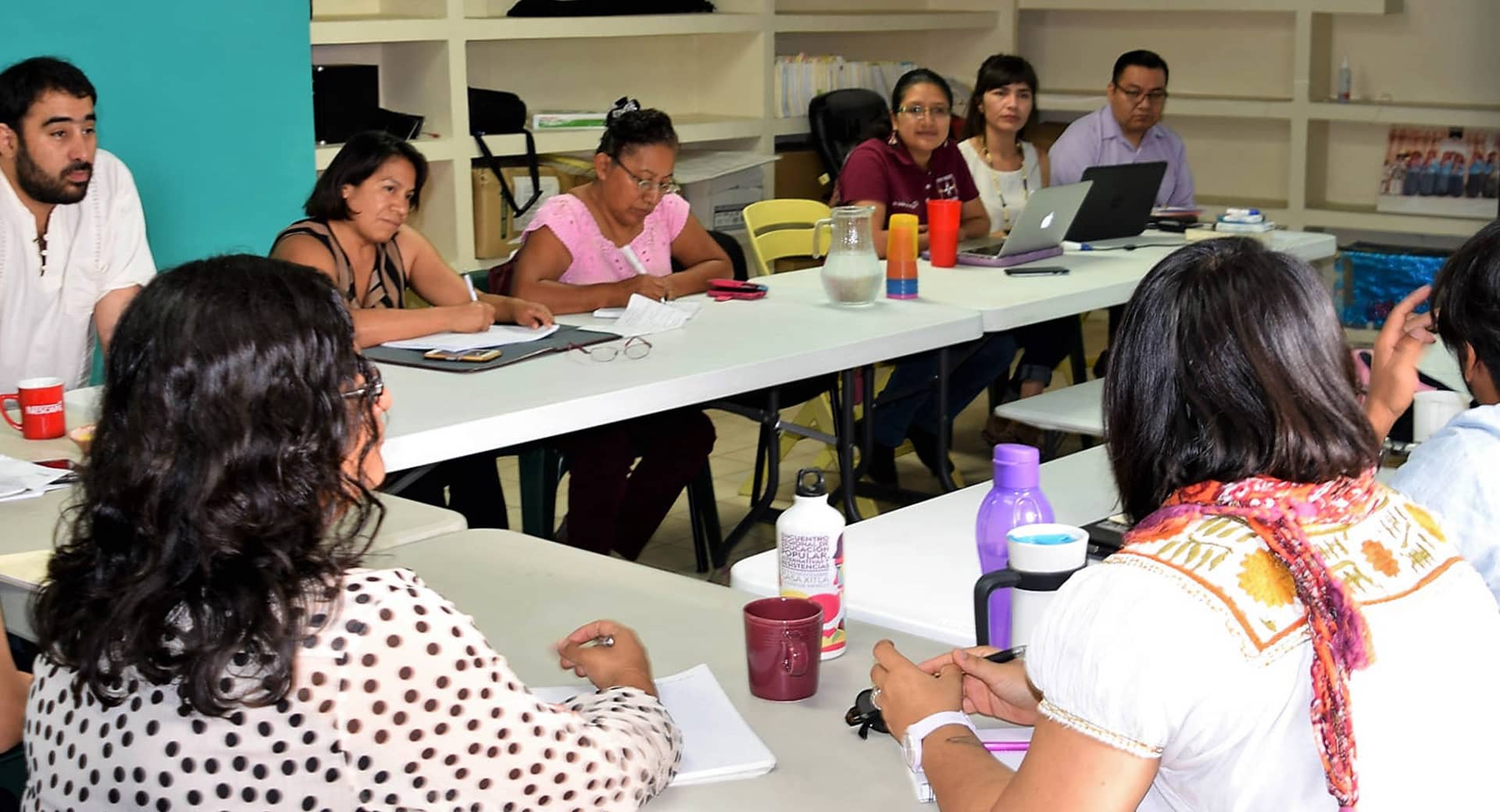 The project “Community and intercultural governance for the exercise of social participation, accountability and human rights in the state of Oaxaca” makes visible the ways in which citizens relate to their ways of governing themselves, the mechanisms in which they make decisions , the strategies used for participation and the devices focused on accountability. Articulation and collaboration between community, municipal, state and citizen authorities is promoted for the sustainability of the actions undertaken, specifically provoking exercises of dialogue, negotiation and mutual influence. 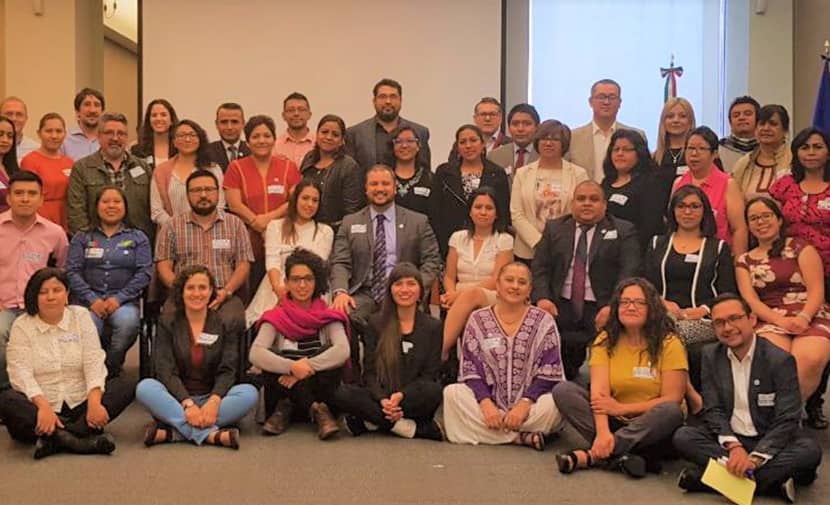 Full name of the project:

Community and Intercultural Governance for the Exercise of Social Participation, Accountability and Human Rights in the State of Oaxaca. 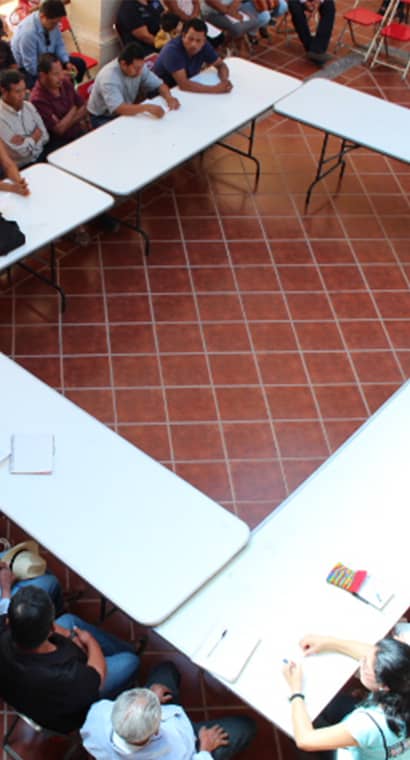 Strengthen the action and professionalization of CSOs at the community level, by developing their capacities to encourage and improve their participation in the design, execution, monitoring and social auditing of public policies and institutional practices at the state and / or local level.

This project is aligned with the Sustainable Development Goals (10) Reduction of inequalities, (11) Sustainable cities and communities, (16) Peace, justice and strong institutions and (17) Partnerships to achieve the goals.

Develop and consolidate technical and institutional capacities of communities and grassroots CSOs in 10 marginalized localities of the State of Oaxaca, promoting the right to active participation in matters of transparency and accountability in the design, execution, monitoring and social audit of public policies and dialogue with the government, to promote the full exercise of human rights and good governance with an intercultural, gender and sustainability approach.

Co-financing civil organizations and the European Union within the framework of the Social Cohesion Laboratory II Oaxaca program.

The project “Community and intercultural governance for the exercise of social participation, accountability and human rights in the state of Oaxaca” was implemented for two years facilitating processes aimed at contributing to social cohesion as a strategy to influence participation , transparency and the exercise of rights, recognizing the governance practices of the participating communities and prompting horizontal inter-institutional and inter-sector dialogues. The processes were implemented in phases: strengthening, support and guidance, which made visible the ways in which citizens relate to their ways of governing themselves, the mechanisms in which they make decisions, the strategies used for participation and the devices focused on accountability. Throughout the project, the articulation and collaboration between community [1], municipal, state and citizen authorities was promoted for the sustainability of the actions undertaken, specifically provoking exercises of dialogue, negotiation and mutual influence.

In the project we point out as articulation, the identification and characterization of key actors and advocacy opportunities based on relating them within governance from the intergenerational, intercultural, gender and sustainability approaches. The strategies for articulation were based on those of diagnoses and on the strengthening processes given through two bilingual diplomas in the first year of execution. Subsequently, in the second year, efforts were aimed at fostering collaboration, which was carried out through the application of knowledge (generated from the graduates), the piloting of community projects (generated from the intersectoral articulation) and in the realization horizontal dialogues (from the inter-institutional articulation). It should be noted that, throughout the project, the observance of the exercise of rights was promoted as an essential condition and key impulse to achieve governance in a participatory manner, where the interrelationships between implicit and explicit socio-political norms in the communities were found to sustain social-collective-community life.

The results were directed to the articulation and collaboration since they were built as the findings and the scope of each phase were fed back; that is, the results formed part of the inputs, contents, plans or indices of consecutive activities.

The diagnostic line led to the recognition of the pluralism of governments and governments, accounting for their weaknesses and strengths; Likewise, it gave us the possibility of providing feedback on the government systems in Oaxaca (Internal Normative System and System by Political Parties) based on the differentiated findings and exchanges regarding the way of governing. Finally, the relations between individual and collective rights in cases of violation / vulnerability of the exercise of rights in the participating communities were positioned for interregional public debate.

On the other hand, the diagnostic baseline served as input to prioritize issues, define routes and strategies for the implementation of project activities. Above all, it consolidated the substantive findings of good governance practices in the state of Oaxaca as areas of opportunity for government agencies and the transformation of relations between indigenous peoples and the State. The horizontal dialogue exercises between citizenship-governments made it possible to make visible the scope they have, the articulation and collaboration, to influence and / or transform the unilinear / monocultural way in which public policies are implemented. The inter-institutional dialogues took advantage of the Social Cohesion Laboratory II (LCSII) program to build antecedents that account for the efforts that are required to address the fissures between citizenship-governments, especially with the State. In this vein, the Inter-Institutional Advisory Group was formed with the participation of the Secretariat for Oaxacan Women, the Ombudsman for Human Rights of the People of Oaxaca and the Institute for Access to Public Information and Protection of Personal Data of Oaxaca.

The methodological contributions of the project, regarding the analysis and structuring of the piloted community projects, were based on the logic that the communities practice to build and address public issues; in this way, what was considered to be of public interest was agreed as of community interest. Under this understanding, the problems were identified as unwanted situations, changing their perception of problems to opportunities for resolution-action between citizenship-governments. The structuring of the piloted community projects was carried out based on sizing the incidence or impact, projected, on the life of the community and not only in the attention to the problem. In this way, “unwanted” community situations were assumed as part of the public / municipal agenda because they were identified as community problems, where citizens and their government representatives articulated, debated, made visible and collaborated. The community projects were piloted in the knowledge that the power of action is not only proper to the governmental apparatus but also to the community and citizen sphere.

The piloting of community projects promoted horizontality as a pillar of governance and laid the background for the elaboration of the Inter-institutional Statement on Governance; Likewise, 20% of the municipal public agendas incorporated initiatives from the piloted projects.

The regional meetings and forums promoted inter-community articulations, which generated in the training process with the bilingual regional graduates, led to the recognition of the coincidences in the conditions in which collaborative participation between citizens and government occurs in indigenous and non-indigenous contexts; Furthermore, they made it possible to measure the need and relevance of building intersectoral and intergenerational regional agendas. 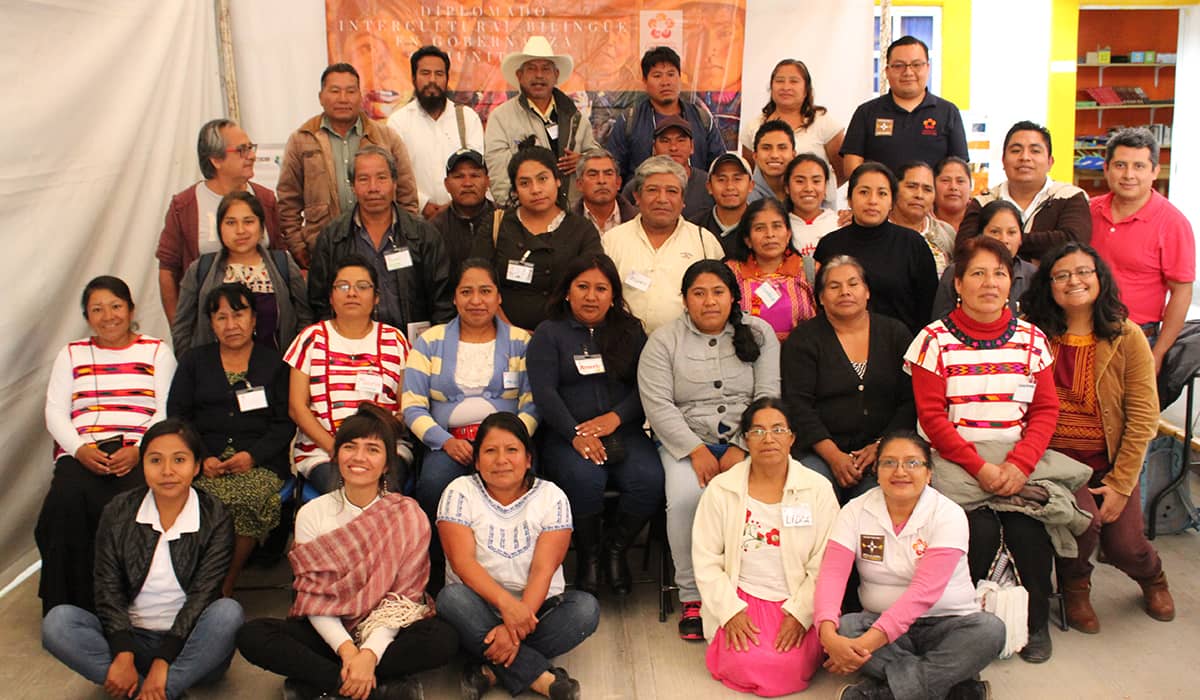 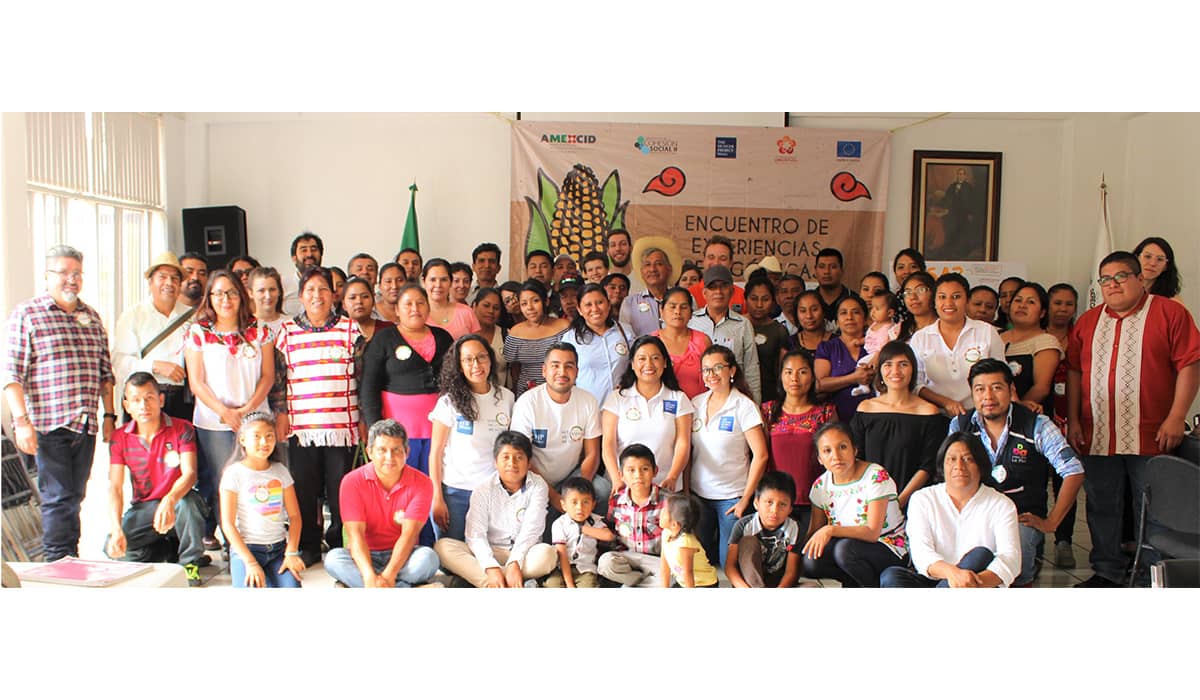 By clicking on any link on this website you are giving us your consent to install them in your browser.